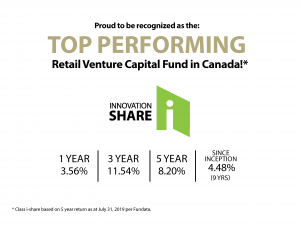 ​Back In The Saddle: Canadian Oil And Gas In Recovery Mode But Market Access And Supply Cost Worries Remain

The carnage appears to be over.

Operator cash flows are on the upswing, capital markets are opening up, and money is once again being spent finding and developing resources.

But worries about reaching new markets for production, managing supply costs, and an increasingly burdensome regulatory environment continue casting a shadow on the Canadian industry, somewhat muting the recovery.

Oilsands spending will target the completion of a number of projects underway, along with work to drive down operating costs and some investment in brownfield growth.

Most analysts are predicting Canadian natural gas prices to float in the C$3 per Mcf range in 2017 and into 2018 before gradually rising, keeping a lid on just how much operators will invest.

“We’re seeing more drilling from companies, but they are going to be cautious in that,” says Andrew Botterill, a partner in the Resource Evaluation and Advisory Group at Deloitte.

“We are talking about increased budgets but we also know they are going to want to maintain a lot of flexibility and make sure they have the ability to maybe not drill if things get a little softer. They want to be a little more nimble than in the past.”

Botterill says the focus of drilling will be in liquids rich areas, where operators can take advantage of improving condensate and NGL prices.

Seven Generations Energy is an example of the huge potential of the Canadian tight gas plays.

“All this has been accomplished as we have reduced costs,” says Marty Proctor, president and chief executive officer, adding the company’s drilling and completion costs have dropped by 40 per cent between 2014 and 2016. “That is while we are putting in larger wells and larger fracs. Our cost on a per unit basis on drilling are down 62 per cent during that period, and on completions they are down 70 per cent.”

Seven Generations plans on spending between $1.5-$1.6 billion in 2017 drilling around 105 new wells and building associated infrastructure.

Tourmaline Oil Corporation is another operator that has seen rapid growth in Canadian tight gas plays, focused on the Deep Basin and Montney. Since its founding in 2008, the company has seen production grow to average over 230,000 boe/d in the first quarter of 2017. It reported earnings near $100 million in the quarter.

In 2016, Tourmaline spent $730 million generating 75,000 boe/d of new production. It plans on spending $1.35 billion in 2017, drilling 300 wells and building associated infrastructure. But that spending will depend on whether gas prices hold up through the summer months, says president and chief executive officer Mike Rose.

“Our plan is to execute the first half of 2017 as currently planned,” he says. “If the commodity price outlook remains below our gas price guidance for the second half, we may adjust capital spending at that time.”

With the Geological Survey of Canada estimating over 4,000 trillion cubic feet of marketable tight gas, Canadian operators have plenty of running room. But market access issues are slowing development. Canadian gas is currently discounted against US producers because of this lack of access.

The good news, says Botterill, is that growing US LNG exports are creating room for Canadian gas exports south of the border. But any LNG export facilities in Canada are at least five years away, meaning they will have little impact on current prices.

“What it would do is provide a little more financial certainty to some of those projects in northeast BC and northwest Alberta, specifically in the Montney,” he says. “It would help to provide some assurance.”

Oilsands pounding down costs to stay in the game

With multinational oil companies like Royal Dutch Shell and ConocoPhillips selling down their oilsands assets, many observers believe growth in Alberta’s oilsands is coming to an end.

Imperial Oil’s chief executive officer Rich Kruger would like to dispel that belief.

But getting supply costs down will be key to ensuring the industry’s future. And that is already happening, according to Suncor Energy president and chief executive Steve Williams. Williams told shareholders at the company’s annual meeting Suncor is getting closer to reaching its goal of cutting operating costs at its mining and upgrader operations to under $20 per barrel, and that the reductions to date are sustainable. Suncor recorded cash costs of $22.55 per barrel in the first quarter of 2017.

“The costs are sustainable. We’re comfortable that we have permanently adjusted them down,” he said, adding that decreases over the last year have been achieved despite an almost 50 per cent increase in natural gas costs.

“A lot of it’s to do with the long-term operational excellence program we’ve had in place. We’ve gone through a complete turnaround cycle of the facility through the last five, six years and we’ve got it into a condition where we believe we can start to sustain the levels of reliability,” Williams said.

“The other part is the processes. We’re getting smarter at what we do. There are some benefits of scale, so as we’ve been growing we’ve been able to spread the resource we’ve got more finely and help the costs come down. The internal challenge we’ve set ourselves is to try to get it below $20; get the plants reliable, running them full. It’s good performance. We’re working hard on it, and it’s sustainable.”

Sub-$20 costs are also a goal for Canadian Natural Resources Limited, but the company, which started operating its integrated mine less than 10 years ago compared to Suncor’s 50, is closer to the target. Canadian Natural said it expects to exit 2017 with operating costs under $20 per bbl. This is a result of production volumes exceeding plant capacity as the Horizon project is expanded.

“We’re making great progress,” said president Steve Laut. “The effectiveness and efficiency that we’re gaining at Horizon, combined with the increased reliability and utilization, have had a big impact on operating costs.”

While integrated mining operations cut operating costs, thermal in situ operators are focused on new technologies to drive costs down. Between the first quarter of 2014 and the fourth quarter of 2016, the per-barrel operating cost of SAGD projects—based on publicly available information from six operators—dropped from an average of $20.40 per barrel to $9.79 per barrel.

“We are transforming our company at what I believe is a pivotal time in the industry and the beginning of a technological renaissance,” says Brian Ferguson, president of Cenovus Energy, adding he believes the in situ sector could undergo a major shift similar to the tight oil boom that occurred in North America in the last decade.

“We have exactly that same opportunity from 2016 to 2020 in the oilsands to have that kind of technological innovation,” Ferguson said.

An example of a technology Cenovus is ready to deploy commercially on a large scale is the solvent aided process (SAP) which injects a solvent such as butane into the reservoir to reduce the amount of steam needed to produce a bbl of bitumen on SAGD projects. This improves economics by cutting the amount of natural gas that has to be burned to boil water to make steam. That in turn reduces greenhouse gas emissions.

“That’s a very important new improvement in recovery technology that displaces some of the steam that we would inject otherwise and it has a 15 to 30 per cent improvement in all operating parameters and economic parameters,” the Cenovus CEO said.

Oilsands producers are also reaping the benefits of advances in drilling technology.

“Five years ago we were pushing the envelope to be able to drill 700 to 800 metres in unconsolidated sand. Today we’re regularly drilling 1,400 to 1,600 metres,” Ferguson said.

By drilling a horizontal section that’s twice as long as in the past, and effectively putting twice the amount of steam into the reservoir from the same wellbore, the amount of surface facilities, and hence the surface footprint, can be cut in half.

The bottom line, however, will be whether the oilsands can compete for investment dollars, says Kruger.

“Capital will be attracted to the opportunities that offer the highest return. We in Canada cannot take those investments for granted,” he notes, adding that regulatory issues like export pipeline approvals, environmental assessments, and climate change regulation are all having an impact on the Canadian industry’s competitiveness.

“There’s a lot of dust in the air— evolving environmental and regulatory policies and procedures,” he explained. “As we get greater clarity on those and the impact on the business and the competitiveness, that will help us then determine what is next.”

This article was originally published in Petroleum Review.